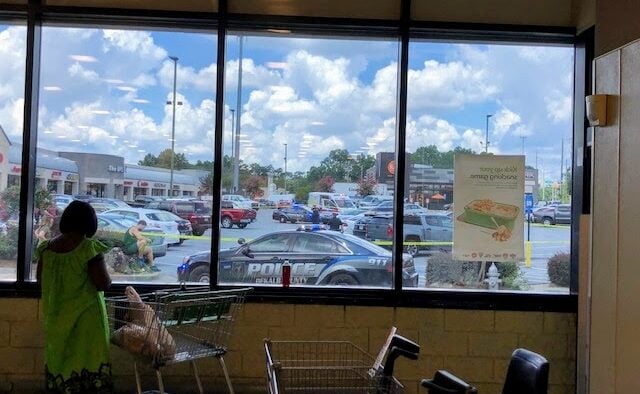 DeKalb County Police are investigating a fatal shooting that occurred in the parking lot of the Emory Commons shopping center. Photo provided to Decaturish
Share

Greater Decatur, GA — A police report about a fatal shooting at the Emory Commons shopping center sheds new light on the incident and raises more questions.

DeKalb County Police on July 6 responded to the shopping center, which is anchored by a Publix grocery store, around 12:15 p.m. They found the victim deceased in his Chevrolet Colorado pickup truck. The victim, identified as Lewayne Terrell, 43, was an aspiring rapper, according to 11 Alive.

To date, police have released few details about the incident, with members of the public speculating it could be a case of road rage. However, the police report doesn’t indicate road rage was a factor.

The victim was shot multiple times, with wounds to his legs, arms, chest and head, according to the report. He was dead when paramedics arrived.

Police learned the suspect fled the scene in a white Honda Accord with a paper tag that said, “tag applied for.”

“The suspect was reported to be a white male wearing all black clothing and a ski mask,” the police report says.

The report contains no additional information. Decaturish spoke to one of the witnesses, who said he only arrived on the scene to discover the man’s body. Attempts to reach the other witnesses were unsuccessful.

On Monday afternoon, July 11, police released a photo of the Honda Accord.

“We are looking for the pictured, white Honda sedan,” the Police Department said. “This vehicle was used in the Murder of Lewayne Terrell on July 6, 2022 at the Publix located at 2155 North Decatur Rd. The vehicle has a black front bumper and a gray hood and a sunroof. Anyone with information on where this vehicle can be located or who the owner of this vehicle is asked to contact the DeKalb Homicide Unit at 770-724-7850 or Atlanta Crime Stoppers 404-577-TIPS (8477).” 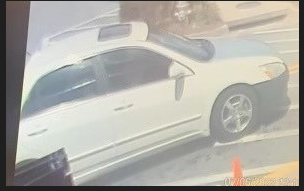 Police have not released any additional information about this case.

Correction: An earlier version of this story contained an incorrect date. This story has been updated with the correct information.