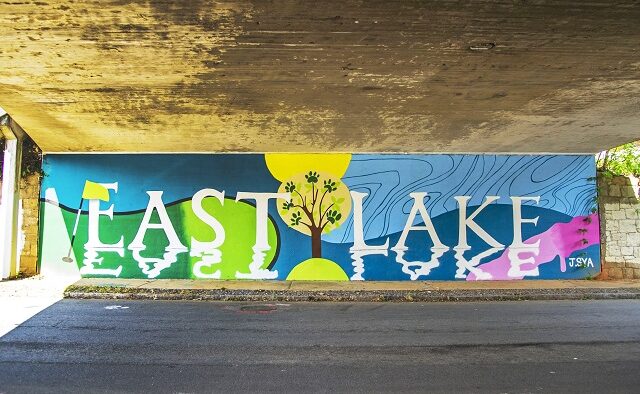 Below are the major highlights:

The ELNCA recommended delaying the renewal of a special use permit (SUP) for Turning Sun School at East Lake United Methodist Church until after further community input, a conclusion they came to after a lengthy discussion.

Jordan Edwards opened up the discussion of the SUP application for the pre-K, located on the corner of Hosea L Williams Drive NE and Fifth Avenue NE.

“Many of you may be aware that there is already a school operating at the methodist church there. The special use permit for that school was originally approved by City Hall back in 2013,” Edwards said. “It did have a sunset clause in the conditions, though, and unfortunately, it did lapse through an honest oversight. So, the application now is to use the same special use permit for the same school.

“As a result of this application, if it’s approved, it doesn’t mean that anything’s going to change about the school…It’s simply making sure that everything is square at city hall.”

However, no change is precisely why some community members have raised concerns – not the school’s existence in that space, but some of its daily operations.

Nic Cappon, chief of staff for Councilmember Bakhtiari’s office, joined the conversation to discuss a number of recent complaints they’ve received from neighbors and the surrounding community.

“This is not to take away from the great work that Jordan, Bill [Asp] and the methodist church have been doing with respect to this program,” Cappon said. “We think the special use permit should be approved. However, we simply request it be done on the condition that we have a couple of community input sessions.”

Cappon pitched these community input sessions as a way to ensure that “programmatic efforts and the historic nature of the church are working in tandem with the neighborhood as it’s changing,” while maintaining respect for legacy residents.

While Cappon did not outline specific complaints during this meeting, one of Turning Sun’s nextdoor neighbors, Joy Miraglia, piped up.

Miraglia raised concerns about the owner’s lapse in SUP, which expired in 2016, as well as a few “nuisances,” referencing disparities between their application and everyday life.

These include school staff parking in front of Miraglia’s house as well as her neighbors’ houses, school drop off/pick up causing several street blockages throughout the day, noise complaints while her and her neighbors work from home, and more.

Miraglia also shared some photos she’s taken of the drop off/pick up lines along Fifth Avenue, cars parked in front of her house, several overflowing garbage cans, as well as an alleyway that runs in between the church and her property.

“I think that’s one thing that Nic has been made aware of…that the alleyway that they use for the play yard is in dispute…,” Miraglia said. … “So, part of their zoning application that they’re giving you is based upon them having property that actually legally isn’t theirs…. As of now, they still don’t own the property that they’re using as their play yard.”

Another ELNCA meeting attendee asked how many students are enrolled at Turning Sun in East Lake, which is currently 88.

Bill Asp, director of development for Turning Sun, rebutted Miraglia’s concerns, asking for timestamps on photos she’d taken. He said that traffic still can flow along Fifth Avenue and that sometimes traffic gets blocked up due to funeral services on certain days.

However, Miraglia added that she has cameras outside of her house and can share several more photos at a community input session.

ELUMC Reverend Jesse Gordon was also on the call to give his input.

“I feel encouraged that we could come together and sit down and discuss ways that we could eradicate the negativity from the daycare,” Gordon said.

Edwards and Gordon added that they would be happy to have a community input session with Councilmember Liliana Bakhtiari’s office, offering up the church sanctuary for the meeting.

Have any questions about this SUP or the community input sessions? Reach out to Nic Cappon at [email protected]. 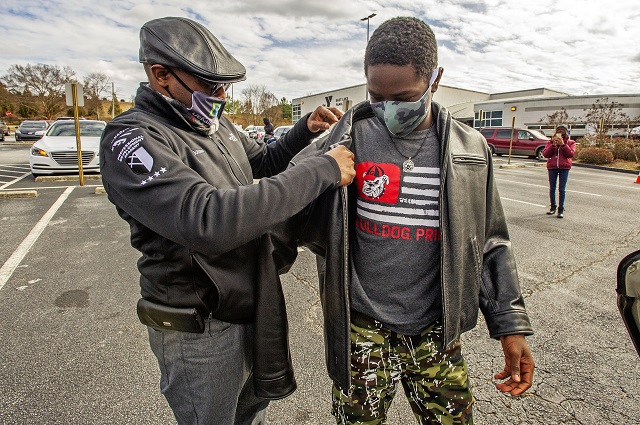 DeKalb County Commissioner Larry Johnson helps KaRon Gray, 13, with his new coat during a community coat giveaway at the East Lake YMCA in Atlanta on Jan. 17, 2021. Photo by Dean Hesse.

On Saturday, Nov. 19, from 11 a.m. to 1 p.m., The Women in NAACP DeKalb County and Commissioner Larry Johnson are hosting their annual turkey drive at South DeKalb Mall.

Florence Coram from Commissioner Johnson’s office said that last year, they gave out 900 turkeys, hoping to give out just as many this year.

The turkeys are free while supplies last. First come, first served at the back of the mall parking lot, located at 2901 Candler Road in Decatur.

Following the turkey drive, Commissioner Johnson’s office will be hosting the 24th Tree of Love Kick-Off between 1 and 3 p.m.

The Tree of Love is an annual holiday celebration to help children in DeKalb County have a Merry Christmas. Whether they’re in foster care, from a single-parent or low-income household, or in another circumstance, the Tree of Love is a way for the community to sponsor various children’s Christmases this year, ensuring that they will receive presents.

“If anyone is willing to sponsor a child for the season, it would be greatly appreciated,” Coram said. “We’ll have a tree, and on there we’ll have tags [with children’s names], so you can look and see if there’s a child you feel familiar with or want to assist.”

The event will be held at the Walmart at 2427 Gresham Road SE in Atlanta.

Have any questions? Reach out to Commissioner Johnson’s office via email at [email protected].

The ELNCA voted to recommend the approval of the zoning request for townhomes 2535 Glenwood Avenue, which is south of East Lake Golf Course and Glenwood Avenue. Randy Pimsler presented the application for rezoning of the property from R-4 to RG-2.

Pimsler highlighted that this is the same application he submitted previously for this property a few months ago with several modifications, including a reduced floor area ratio, 10 instead of 12 units, and 6 additional parking spaces for guests, among others.

“We would appreciate your consideration and support for this revision,” Pimsler said. “We’ve honestly been working very diligently with adjacent property owners and feel that this is a very good direction for this site.”