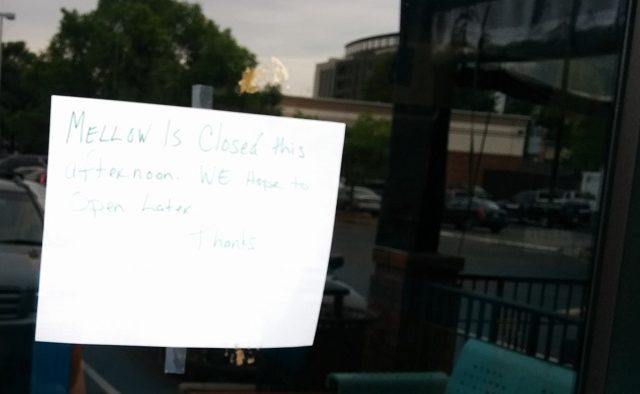 Two days after the Decatur, GA Mellow Mushroom posted, retracted and re-posted an announcement about closing, there is no clear answer about what the heck is going on.

The signs on the door of the restaurant aren’t much help.

On Friday, May 9, the sign on the door said, “Mellow is closed this afternoon. We hope to open later.” 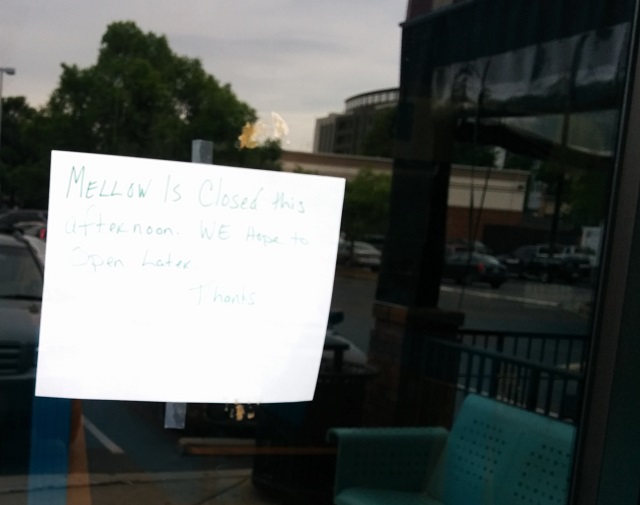 Sign on the door of the Mellow Mushroom, May 9. Photo by Dan Whisenhunt

On Thursday, May 8, the sign on the door said, “Closed due to interior progress.” 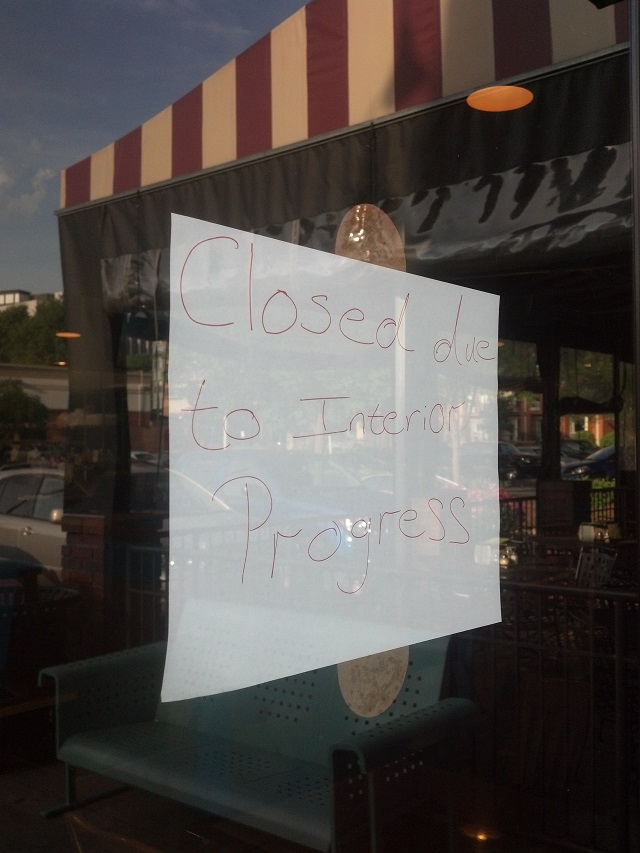 Sign on the door of the Mellow Mushroom, May 8. Photo provided by Catie Leary.

The announcement on the Facebook page still says the restaurant is closed. On May 8, the owner, Dave Kieffer, told Decaturish he is in discussions with the restaurant’s corporate office. On May 9, Kieffer said he was in a meeting when he answered the phone and promised to call back.

The corporate office Home Grown Industries, has declined to offer any additional information.

Kieffer hasn’t officially said what the dispute with the corporate office is.

That’s the latest on the not-so Mellow Mushroom saga in Decatur. We’ll provide more information when it becomes available. There’s no guarantee it will make any sense, however.