Avondale’s Giager takes over as mayor

Avondale’s Giager takes over as mayor 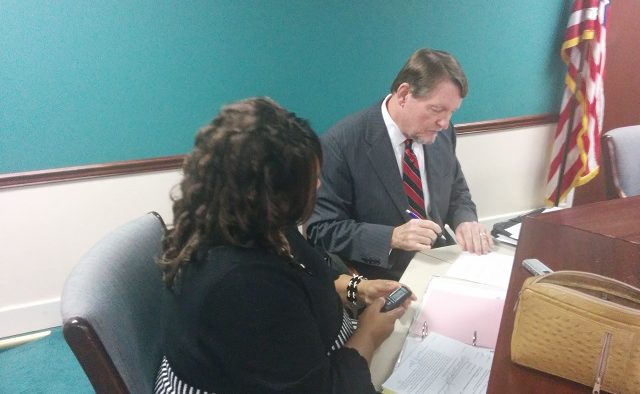 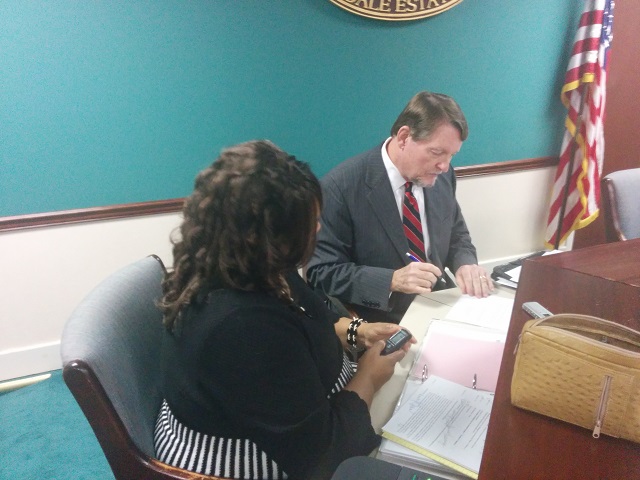 Terry Giager will say it up front: he’s not interested in being the mayor.

But it wasn’t his choice. Ed Rieker resigned on Oct. 2, leaving Giager, who was the mayor pro tempore, in charge until the seat is filled by a special election in March.

Giager, 67, will be a different leader than Rieker. The charismatic former mayor could command the attention of a room and presented a bold, ambitious vision for the city. His style of running meetings could also rub people the wrong way, as was the case during the contentious Oct. 1 work session the city held night before Rieker resigned.

The new mayor has pledged to continue pursuing Rieker’s vision, but the tone will be different. Rieker spoke passionately. Giager speaks softly. Rieker is a savvy entrepreneur praised for his business sense. Giager is laid-back retiree known for his common sense.

Giager is a staunch defender of property rights and was first elected to the commission in 2009. Giager said he became interested in city politics because of plans to annex property for a Walmart. He opposed that idea.

“I just felt like the people needed more input into our city government, and more transparency and more open government,” Giager said.

He became mayor pro tempore in 2012, and won a second term in 2013. Part of the reason he’s against running for Rieker’s job is it would extend his time in office.

“It requires more time than people think, and I’ve got three years left in this and that would be adding another year and my age is probably going to get in the way,” Giager said.

Giager hails from Oklahoma but has lived all over the country. He moved to Avondale Estates in 1999.

“I met a girl from here,” he said, laughing. “And we dated for a long time. She grew up here in Avondale.”

They got married. Giager owned a pharmacy consulting business before retiring in 2005.

His wife, Jeanne, works at Greater Atlanta Christian School where Giager is a volunteer baseball coach. Lately, he’s also been tied up with jury duty, which has added more to his growing to-do list.

Commissioner Randy Beebe said that Giager is “a good commissioner.”

“He’s big into property rights and so forth, so he really has the best intentions for Avondale,” Beebe said. “He’s just like the rest of us. Basically everything we try to do is for Avondale.”

There’s much to be done. After the meeting on Monday, Giager stuck around to sign off on the action items approved by the commissioners. He’s been meeting with neighborhoods who may be interested in being annexed into the city. Annexation will be a big challenge for him over the next few months, he said. He also will have to look after city’s downtown development. There are deals in the works. Apartment developer Euramex is eyeing the 13-acre Fenner Dunlop property for a mixed use project.

Giager is adamant that he doesn’t want to continue as mayor. Being the interim mayor takes up enough time as it is, he said.

“No,” he said without hesitation when asked if he’d run in March. “My wife and my golf partner both said they’d divorce me.”

Here are the mayor’s powers and duties as set forth in the city charter:

The mayor, and in the mayor’s absence, the mayor pro tem shall preside at all meetings of the board of mayor and commissioners. The mayor shall sign the journal of the proceedings of the board and all ordinances immediately after final passage.

Preside at all meetings of the board of mayor and commissioners;

Be the head of the city for the purpose of service of process and for ceremonial purposes and be the official spokesperson for the city and the chief advocate of policy;

Have the power to administer oaths, issue proclamations, and take affidavits;

Sign as a matter of course on behalf of the city all written and approved contracts, ordinances, and other instruments executed by the city which by law are required to be in writing;

Vote on matters before the board of mayor and commissioners and be counted toward a quorum as any other commission member;

Fulfill such other duties as the board of mayor and commissioners shall by ordinance or resolution establish; and

Perform such other duties and exercise such other powers as are otherwise provided by law and this charter.