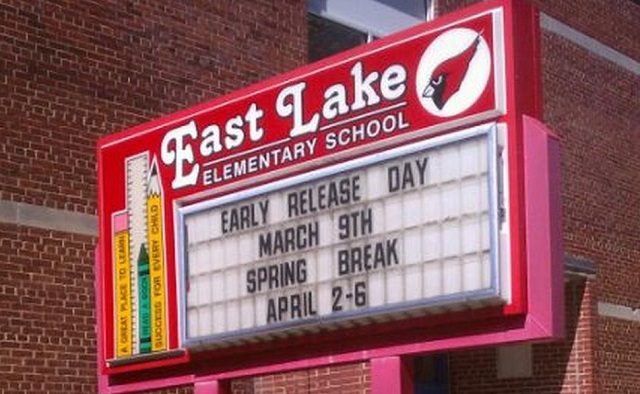 CSD had been seeking to lease the school as a short term solution to alleviate overcrowding.

“We recently completed an analysis of CSD enrollment and capacity,” Dude said via Facebook. “Based on that analysis, additional short- and long-term facilities planning, numerous conversations with internal and external stakeholders, and discussions with representatives of Atlanta Public Schools, I have decided not to move forward with potential solutions involving the leasing of East Lake Elementary School from APS. I appreciate all of the creative thinking put into possible solutions involving this space, but have determined that the beneficial aspects of such solutions do not outweigh the detrimental aspects. On behalf of City Schools of Decatur, I thank the APS Board, Superintendent, and staff for their work on this and their willingness to consider partnering with CSD.”

The discussion about renting East Lake arose out of discussions about how to handle CSD’s growth in the short and long term. CSD is projecting it will have more than 6,000 students enrolled by 2020. Currently the school system has about 4,600 students. On Nov. 3, voters overwhelmingly approved a $75 million general obligation bond to build additional schools and renovate existing facilities. It includes $15 million for a new elementary school. The school board has about six acres along Talley Street under contract.

In East Lake, there’s some hope that APS will find a new use for the building which has been unoccupied since 2012.

Education in eastern Atlanta has undergone a many changes over the last few years. After East Lake closed in 2012, it merged with Toomer. Competition from Drew Charter prompted parents at Toomer to pursue a K-8 model there, an idea that was ultimately nixed by former Atlanta Public Schools Superintendent Erroll Davis, who instead decided to merge Coan and King Middle. There’ve been suggestions of turning the East Lake site into an early childhood learning school, like the one in Decatur, or even selling it.

Under the terms of the lease that was being considered, CSD would’ve begun renting the building in June and the lease would’ve expired in 2019. CSD would’ve paid $6,614 a month in rent, plus other expenses. Chief Operating Officer Noel Maloof told the school board the total costs for year one would’ve been $220,000. Year two expenses would’ve been $170,000. Those costs included utility bills for the school.

During the discussion about the proposed lease, Maloof said if CSD were to buy 24 portables to house students, it would cost $2.7 million for the first year. Total costs for the second year would be $288,000.

Decaturish asked Dude what the “detrimental aspects” of the lease would be and whether CSD would spend $2.7 million buying portables now that the lease is no longer on the table.

“The detrimental aspects of an East Lake option depend on the specifics of the individual solution, but include things like increased transitions for students, increased transportation costs, increased staffing costs, and increased maintenance and operations costs,” Dude said. “We do not have any newer estimates on modular costs than those presented previously, but continue to explore options for temporary classroom space that may be able to reduce our costs further.”