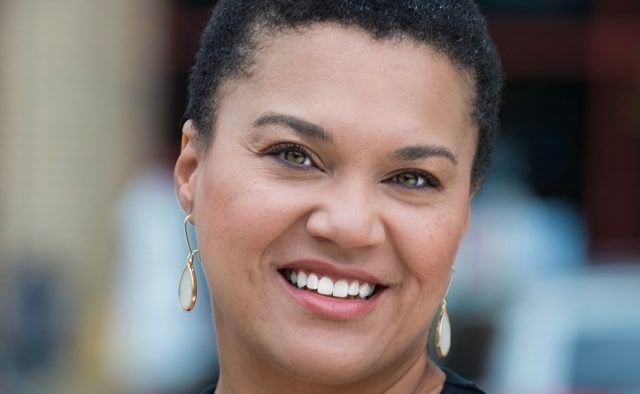 Decaturish sent questions to candidates running for elected office in Decatur and Avondale Estates. We will publish the candidates’ responses throughout the week. For more information about voting in the upcoming election, please see the note at the end of this post. Here is the response from Lesa Mayer, a candidate for the Decatur City Commission, District 2, Post B seat.

1) Why are you running for Decatur City Commission?

Many neighbors feel detached from the decisions that are made in the city.  Many are concerned with some of the decisions that have been made and do not feel as though they have been engaged in the processes that drive the decisions that are made on their behalf.  I share many of my neighbors concerns regarding some of the changes that we have experienced in Decatur and feel that, with my experience in the community, I can help to bridge the disconnect in communication between the city and its residents, drive meaningful and productive conversations and push for changes that will help Decatur retain the charm and uniqueness that makes it so appealing.

2) What makes you a better candidate than your opponent?

I have a unique perspective from my opponent that will drive my engagement with the community and ultimately, the progress that we will make collectively.  My 16 years as a resident in the city of Decatur provides me with a deep understanding of the changes that we have experienced in as a community and how they have impacted us as residents.

3) What do you think is Decatur’s greatest strength?

Decatur’s greatest strength is its residents, diverse people from all walks of life who are willing to roll up their sleeves to make the community a thriving, welcoming place to live work and play.

4) What do you think is Decatur’s biggest challenge?

Lack of affordable housing options, which directly contributes to diminished diversity in our community is Decatur’s biggest challenge.

5) How would you address Decatur’s biggest challenge?

Taking a bold and progressive approach to affordable housing across many different levels of income is the only way that we preserve Decatur’s valued diversity and inclusion.

6) What are the top two or three things you plan to focus on as a commissioner?

Insuring that there are affordable housing options at a variety of income levels is a top priority. Addressing infrastructure issues caused by rapid growth in the city is another top priority.

7) Every year, the Decatur City Commission holds its annual retreat at a location two hours away from the city of Decatur. The meeting is technically open to the public, but the public can’t easily attend and there are no video or audio recordings of the meeting. The City Commission does record and publish minutes, but they are a short summary of a two-day long discussion. This is an important public meeting that sets Decatur’s agenda for the entire year, but very few people get to see it. If you are elected as a commissioner, will you continue to participate in these retreats, or will ask the City Commission to hold its retreats in a location that is more accessible to the residents of Decatur?

I will participate in the meeting, because it is a critical strategy session that helps to set the plan for the entire year. I think that steps can be taken to utilize technology to make the meeting more accessible to residents, as transparency is extremely important. If the location of the planning meeting becomes an issue of priority for the residents, I am open to discussing viable alternative locations.

8) A recent Decaturish editorial called for several reforms in city government following an investigation into the city’s vendor cart pilot program. One of our recommendations was requiring members of the Decatur Development Authority board and city employees overseeing economic development activities to file financial disclosure forms. These reports would list sources of income, any ownership interests these individuals might have in other companies and any property they own. Currently, the only people legally required to file them in the city of Decatur are the city commissioners and school board members. Do you think members the DDA and city employees involved in economic development activities should file financial disclosure forms? If not, why not?

Elected officials should be held to a greater level of transparency and the choice to serve the community by running for an elected office implies that the candidate accepts the responsibility of such transparency.  Individuals who are employees of entities, whether private or public, have an expectation of a certain degree of privacy. Violating that privacy in any workplace environment should not be done without a considerate review and deep understanding of the potential implications of that decision.

9) Recently, a consultant for the city floated the idea of asking voters to approve a tax increase to subsidize affordable housing in the city of Decatur. Do you support this idea? Why or why not?

10) If you are elected to the commission, one of your first duties will be to choose a mayor. (The mayor in Decatur is chosen by his or her fellow commissioners at the beginning of each year.) What is your opinion of Mayor Patti Garrett and do you think she should be reelected as mayor?

11) What is your opinion of the city of Decatur’s current tree ordinance and what changes would you make to it, if any?

I think that the impact and value of mature trees should be given consideration earlier in the planning process of developments.  I believe that the tree canopy is vital to this community and part of what gives Decatur its charm.  The importance of trees and their impact to the ecosystem and the infrastructure should be understood and considered.

12) Parking remains a contentious issue in the city of Decatur. While the city says paid spots are necessary to ensure a steady flow of traffic to nearby businesses, residents and visitors have complaints about space availability, affordability and the practices of booting companies who patrol private lots. Some businesses that have left Decatur have cited parking as a reason for their departure. Do you think parking in Decatur is a problem that needs to be fixed, or do you think this issue is overblown?

Parking issues absolutely exist in some areas of Decatur and influence the decisions many residents make when it comes to how and where they choose to spend their money.  Improvements can certainly be made to facilitate easier access to businesses in Decatur and the business owners who have the most at stake should have the greatest input in the discussions for a solution.

13) What is your opinion about the planters on West Howard Avenue?

I understand the purpose of the planters on West Howard is to provide a buffer to The Path, which makes that route a safer option for cyclists, while calming the traffic to allow for the safer pedestrian crossing of West Howard. In spite of the good intentions of the project, the execution left much to be desired.  The planters are unsightly and the communication of why the planters were being placed on West Howard and the plan for transitioning to a more permanent option should have been more broadly communicated.

14) Residents living around North Decatur Road and Superior Avenue have been complaining about conditions there for years, citing numerous accidents. What would you do to improve this intersection?

Unsafe intersections in Decatur should be evaluated, with the best corrective option implemented in a manner that is least adversely impactful to those who live in and around those areas.  Residents of the streets that are impacted, along with drivers who frequent those intersections must be engaged in the process and informed of timelines and impacts of improvement projects.

15)  Shirley Baylis, downtown program manager in the city’s Department of Community and Economic Development has said there has been a “significant increase in the number of homeless people in the downtown area and on the square. Businesses have started having more issues with people panhandling or harassing their customers and, in some cases, threatening their employees.” What can be done to address these concerns while still showing compassion for people who are homeless?

Panhandling and homelessness are two separate issues.  There are a number of individuals within our community who qualify as “homeless,” many of whom are employed and some may have children attending schools in or near Decatur.  These people must not be villainized. To address panhandling, we must insure that the Decatur Police Department is equipped with the most current information possible related to resources that are available for those who are in need and that they continue consider the dignity and safety of these individuals, as well as Decatur residents and visitors, while enforcing the law.

I think that this, too, should be handled using a common sense approach.  Decatur’s reliance of DeKalb County Jail facilities, and the moratorium that DeKalb County has placed arrests for possession of small amounts of marijuana, would suggest that Decatur, by default would make similar adjustments.  I think that the safety and health of all of Decatur’s residents, but especially our youngest residents, should remain a primary focus.

The name change of Commerce to Oliver Street is one of many ways the city can recognize the accomplishments and contributions of Henry Oliver. I hope that as many options as possible are considered in order to select the most impactful tribute.

19) Are you satisfied with the current plan for developing and maintaining Legacy Park, formerly known as the United Methodist Children’s Home? If not, what would you change about it?

20)  Do you support annexing additional areas into the city of Decatur? If so, what areas should be annexed?

Annexing additional areas into Decatur should be done in concert with City Schools of Decatur and opportunities for non-residential tax income should be a main consideration, for any future annexation.

21) What do you think of the city’s efforts to make its streets safer for pedestrians and cyclists, like cycle tracks on city streets? Do you think the city needs to invest in more projects to improve pedestrian and cyclist safety?

The City acted on the requests of many residents who wanted to increase the safety of cyclists in Decatur. I think that, while these bike lanes are essential to an active Decatur, we must evaluate the impacts of these lanes to traffic and consider innovative approaches to evaluating these impacts. We must insure that residents and visitors to Decatur can commute safely and efficiently, regardless of their chosen method it transit.

22) If elected, do you promise to conduct yourself in an ethical and transparent manner?

Learn more about voting in the Nov. 5 elections:

Voter registration for the Nov. 5 municipal elections ended on Oct. 7. Early voting will start on Oct. 14.

If you have registered and need your polling information, visit the Georgia Secretary of State’s My Voter page by clicking here.