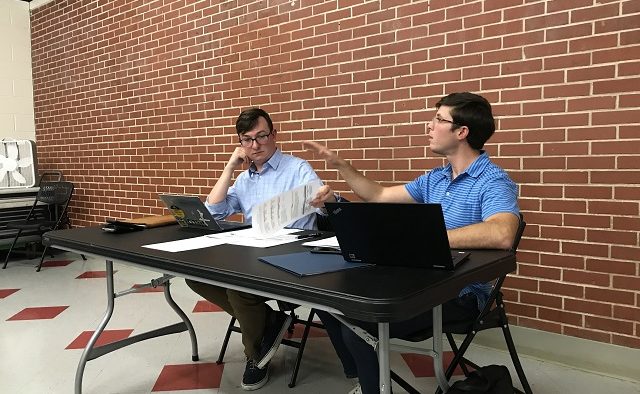 This story has been updated as of Feb. 27. Please see the correction at the end of this article.

Neighborhood Planning Units are advisory boards made up of residents who make recommendations to the Atlanta City Council. The jurisdiction of NPU-O includes Kirkwood, Edgewood and East Lake.

After meeting with city of Atlanta officials to learn the ropes, he called the NPU board to his home last week for a forecasting and planning meeting.

In the name of transparency, Rice revealed the January elections were invalid.

According to bylaws, NPU-O is required to elect board members every November; an election of interim board members took place in November. That meeting was lightly attended due to proximity to the Thanksgiving holiday. No meeting was held in December 2019.

The board decided to reopen the vote on Rice only, since he is chair of the NPU-O board. After a motion to nominate Rice, the majority of attendees voted to elect him.

Amanda Hallower from Atlanta Watershed Management reminded residents to vote in the primaries on March 24. Municipal Option Sales Tax (MOST), which assists the City of Atlanta’s upkeep of sewer systems, expires in September 2020. A referendum required to extend MOST will be on the March 24 ballot.

Hallower added resurfacing of Hosea Williams Drive was delayed by weather and a sewer trench line repair which began Feb. 25. In a couple of weeks resurfacing will resume.

David Warren, Kirkwood Neighborhood Organization (KNO) transportation chair, reported on plans from Georgia Department of Transportation (GDOT) to eliminate a crosswalk on Moreland Avenue at Arkwright Place. The change will force users of the east side trolley line trail to travel 200 feet north, cross Moreland and reconnect to the trail on the other side of the street.

KNO and Organized Neighbors of Edgewood (ONE) are opposing the plan in writing to GDOT. Neighbors in Cabbagetown, Reynoldstown, and East Lake are still discussing.

Warren said, “We are trying to get GDOT to see the error of their ways – that they will destroy our trolley line trail by putting essentially a large concrete median in the middle of it. Our fear is that pedestrians and bicyclists are not going to go 200 feet out of the way, and it will become a bigger hazard and more dangerous and get people killed.”