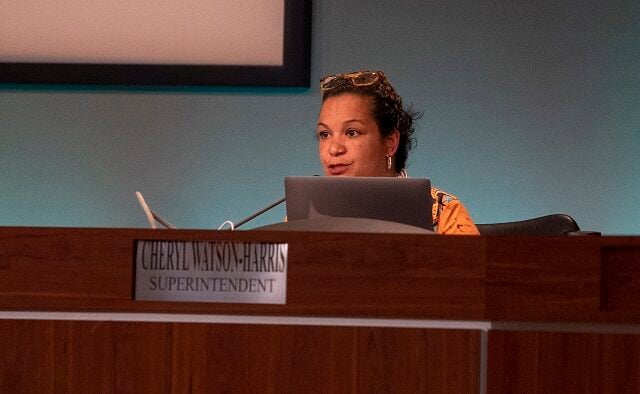 The firm in question, The Young Group LLC, began its interviews on March 6, 2022, and interviewed a total of 13 people, including then-superintendent Cheryl Watson-Harris. After the investigator interviewed her on April 26, the DeKalb County Board of Education unexpectedly fired her.

“Superintendent Watson-Harris was terminated from her position immediately following the interview,” the investigator wrote.

At the time of her interview with The Young Group, the investigation was not public knowledge. The investigation wrapped up earlier this month and ultimately cleared Watson-Harris of wrongdoing, but it raised many questions about the conduct of Chief of Staff Antwyn Brown. 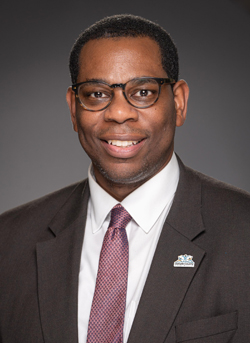 It’s unclear who directed the DeKalb County Board of Education’s attorneys to hire the private investigator, or why. If that directive came from the board, it didn’t happen in a public meeting. The cost of the investigation is also unknown. The first inkling that an investigation was underway came after the board fired Watson-Harris.

“I can also assure you more information will be forthcoming,” Hill said, afterwards declining to confirm if an investigation was taking place. Initially, it appeared she might’ve been referencing a whistleblower lawsuit filed on March 7 by former COO Ben Estill. His attorneys filed the lawsuit a day after The Young Group began its investigation. But the source who alerted Decaturish about The Young Group’s report said Hill was referencing that specific report, not the Estill suit.

Hill spoke to the Dunwoody Homeowner’s Association on May 1. The Young Group’s report is dated May 3.

Interviewed by phone on May 11, Watson-Harris said she wasn’t aware of The Young Group’s investigation until two members of the board of education alerted her to it. She said some school board members didn’t know an investigation was taking place.

Watson-Harris said she felt exonerated by the report’s conclusions. She had received a copy as well.

“From what I’ve read so far, it’s validating in terms of the description of my involvement with any of that,” Watson-Harris said. “I think that there’s a lot more for the good people of DeKalb County to discover about this entire process in terms of the code of ethics that the board of education is supposed to follow and the conditions surrounding the report itself and how that all came to be.”

Decaturish asked Watson-Harris about Estill’s allegations that he was fired for asking questions about irregularities in the district’s finances.

“What I shared with him when he was terminated was we were making the decisions that were best for the district at the time,” Watson-Harris said. “[His questions about irregularities] were not something that was part of my decision process. That was not why we made the decision to part ways with Ben Estill.”

There’s one person repeatedly named in both Estill’s lawsuit and The Young Group’s report: Chief of Staff Antwyn Brown.

The Estill lawsuit alleges that “Brown took no investigative or curative actions” in response to Estill’s concerns, though it alleges he did so in concert with Watson-Harris. But The Young Group’s report paints a different picture of that relationship, finding that Brown often kept his boss in the dark about what was going on at central office.

The report found Brown consistently failed to follow board of education policy and procedures regarding staff promotions and didn’t notify his boss, Watson-Harris, about how CARES Act funds were being distributed.

WSB-TV in April reported, “DeKalb school officials approved spending more than $100,000 in federal CARES Act money to pay bonuses as high as $10,000 to school administrators who took on an ‘exponential increase in responsibilities’ during the pandemic.”

The report found that, “DeKalb County Schools paid $114,250 to 36 employees who were concentrated in Human Resources.”

Another source provided Decaturish with a spreadsheet detailing the bonuses, and they line up with the WSB-TV story. It’s unclear whether the bonuses became part of the Young Group’s investigation following that news report, or whether it was part of the firm’s initial charge.

The investigators also interviewed Human Resources Chief Michelle Jones about the bonuses. According to district policy, Watson-Harris was required to sign off on bonuses larger than $5,000.

In October 2021, the DeKalb County School Board implemented a policy change, stating that hires for director level and above must also be approved by the board. Previously, approval was only required for executive level hires.

The investigator found that Brown did not follow the policies set by the board when making promotions in the district.

“As Chief of Staff to Superintendent Watson-Harris, COS Brown knew the direct placement of Mailliard without [school board] approval was contrary to existing [DeKalb County School District Board of Education] policy and procedures which require DCSD BOE approval,” the Young Group report says.

Brown joined DeKalb County Schools in April 2020, before the school board hired Watson-Harris. Before that, he worked as Chief of Staff for the DeKalb County Board of Commissioners for four years.