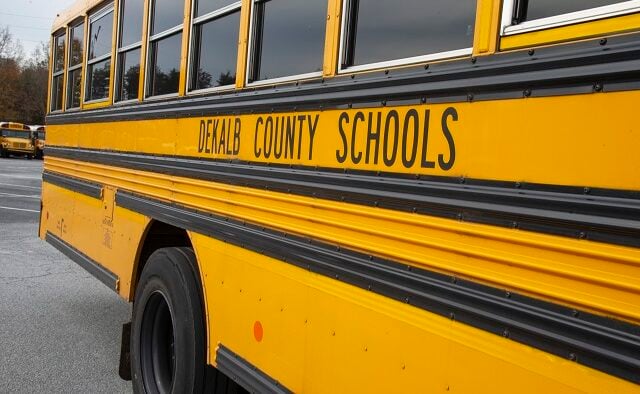 DeKalb County, GA — The former chief operating officer of DeKalb County Schools in March filed a whistleblower lawsuit against the district, alleging he was terminated for asking questions about irregularities in the district’s finances.

Former COO Ben Estill was fired last summer. At the time, WSB-TV reported that Estill was the subject of an investigation by the district alleging Estill engaged in “unprofessional conduct,” that included harassment, creating a hostile work environment and bullying. He was also accused of drinking too much alcohol at a professional conference.

Estill’s lawsuit offers a different version of events and accuses former superintendent Cheryl Watson-Harris of retaliating against him for raising his concerns about the district’s finances. His lawsuit references concerns about special purpose local option sales tax money spending that School Board member Anna Hill alluded to during a May 1 Dunwoody Homeowner’s Association meeting. Hill joined with DeKalb County School Board members Vicki Turner, Joyce Morley and Diijon DaCosta in firing Watson-Harris on April 26 and hiring interim Superintendent Dr. Vasanne Tinsley. Watson-Harris has said she was blindsided by the firing, but Hill told the Dunwoody group that Watson-Harris should have seen it coming.

Hill cited some issues she had with the administration, notably a $250 million variance between the district’s accounting system for sales tax money and a contractor’s, but she was reluctant to answer direct questions posed by members of the audience. She also implied there’s an investigation or inquiry underway that will shed more light on the situation. During the meeting, Hill said her remarks had been vetted by the school district’s attorneys.

According to Estill’s complaint, “In June 2021, the Controller [hired by Estill] reported to Estill that there was at least a $135 million discrepancy in DCSD’s accounting regarding its ESPLOST 4 and 5 funds. The massive accounting discrepancy appeared to stem from the district’s use of two different systems for ESPLOST accounting, neither of which could communicate with the other.

“Estill disclosed the accounting discrepancy to Watson-Harris. After meeting with Watson-Harris, Estill also reported the matter to Board Member Anna Hill, who had been asking questions about other aspects of the administration’s management of ESPLOST funds.”

“For example, the district was obligated under the ESPLOST implementing legislation to use ESPLOST funds exclusively for the statutorily permitted purposes the voters approved in the referendum authorizing the ESPLOST,” the lawsuit says. “Additionally, the district had a duty to maintain and publish accurate records of each project for which ESPLOST proceeds were used and specific details of same.”

According to the lawsuit, Estill said after he raised his concerns, Watson-Harris fired him because she said he was no longer a “good fit” for the school district. A message left with Watson-Harris was not immediately returned.

Other allegations raised in Estill’s lawsuit include:

– An “ongoing issue” where the district’s Operations Department employees left work early “and, with their managers’ knowledge, over-recorded their work hours in order to receive pay for hours they did not actually work.”

– The district’s Director of Business Services and senior Operations Department officials accepting deliveries of over $250,000 without a purchase order or other authorizations required by DCSD policies

Estill said he reported the issues to Watson-Harris and DCSD Chief of Staff Antwyn Brown.

“Watson-Harris and Brown took no investigative or curative actions in response to Estill’s disclosure of these issues,” his lawsuit claims.

The lawsuit further alleges that, “In December 2020, Estill discovered that his immediate subordinate, Deputy COO Noel Maloof, and Director of Planning Hans Williams had moved approximately $12 million out of a district ESPLOST account into another account without going through the required approval process.”

The lawsuit alleges that when he met with Maloof about the issue, he became “belligerent” and couldn’t explain why the transfer had happened. Maloof left DeKalb County Schools in May 2021.

In another incident, Estill claims he got a call from a man claiming he’d made an agreement with DCSD Executive Director of Athletics James Jackson to use baseball fields owned by the district for a for-profit adult baseball league. The man informed Estill that he’d spent $14,000 to improve the fields and demanded payment. Estill, the lawsuit alleges, told the man that using the field for that purpose was prohibited under the district’s COVID-19 restrictions and any agreement would’ve violated the district’s conflict of interest policy.

“Estill reported the sports field matter to Chief of Staff Brown,” the lawsuit says. “Estill also referred Jackson to DCSD’s Internal Audit Department and asked for an investigation of Jackson’s activities, alerting both Brown and Watson-Harris that he had done so. To Estill’s knowledge, no investigative or corrective actions were taken.”

Following Estill bringing these matters to Watson-Harris’ attention, the former superintendent allegedly sent a letter to Estill telling him he was “expected to act in a professional manner at all times,” the lawsuit says. But there was no disciplinary action taken against him. Later, Estill says, Watson-Harris berated him during a transportation meeting in March 2021.

“At the meeting, Estill and his team briefed Watson-Harris about their concerns that, during the 2021-2022 school year, DCSD would experience a shortage of school bus drivers which would, among other problems, make it difficult to set up school bus routes without unsafe bus stop locations,” the lawsuit says. “Estill had been warning Watson-Harris and others since November 2020 of the impending risks of a bus driver-shortage for the following school year. During the March 2021 meeting, Watson-Harris erupted at Estill and repeatedly screamed at him, calling him ‘f&$!ing dumb’ and ‘God-damn stupid.’ She also threatened to fire him in front of DCSD personnel and external visitors.”

Nevertheless, the district renewed Estill’s contract, the lawsuit claims. Not long after that, Estill claims he uncovered another problem with the firm hired to create the school district’s comprehensive master plan.

“Later in the Spring of 2021, Estill discovered yet another issue, this time concerning the district’s contract with architectural firm Perkins+Will, which was signed and recommended to the Board by Watson-Harris,” the lawsuit says. “Per the contract, Perkins+Will was to perform preparatory work on projects the district planned to complete using funds from its upcoming ESPLOST 6. The Board planned to place a referendum for voter approval of ESPLOST 6 on the November 2021 ballot. Per its contract with DCSD, Perkins+Will was to inspect the structural integrity and physical plant quality of every DCSD facility. Perkins+Will subcontracted this facilities inspection work to Jacobs Engineering.

According to the lawsuit, the district has 140 facilities spread out across 250 square miles. Jacobs’ was tasked with inspecting each facility.

“The facilities’ structural integrity and physical plant quality affect student and employee health and safety, and the district would rely on the inspection results to decide how to allocate its anticipated ESPLOST 6 funds to target the most severe problems,” the lawsuit says. “Yet, just a few weeks after Jacobs Engineering Group began its inspections, a Perkins+Will representative reported to that the inspections were 85% complete. Estill reported to Chief of Staff Brown that Jacobs Engineering could not have performed 85% of the inspections with the required level of diligence during the brief time elapsed. He reminded Brown that the district had encountered a similar problem with an earlier round of ESPLOST projects.”

Brown ignored this, the lawsuit claims.

Estill said he reported his concerns to the school board in May 2021 at its monthly meeting and said he had reasons to doubt the inspections by Jacobs and Perkins+Will.

“Estill also told the Board that he planned to work with AECOM (the vendor with whom the district contracted to oversee its ESPLOST construction plans) on a comprehensive review of the inspection results, and that his goal was to ensure all such issues were cured,” the lawsuit says. “Estill emphasized during this meeting that the district’s entire Comprehensive Master Plan (CMP) for its anticipated ESPLOST 6 projects depended on these issues’ resolution. Estill continued aggressively raising, and working to cure, the problems with the Perkins+Will/Jacobs Engineering facilities inspection throughout the remainder of his employment with DCSD.”

Donald Porter, a spokesperson for the district, declined to comment on the lawsuit.

“The district does not comment on pending litigation,” Porter said.

Estill is being represented by Legare, Attwood & Wolfe. That’s the same firm that represented former superintendent finalist Rudy Crew and won a $750,000 settlement on his behalf. Crew was the sole finalist, but the board rejected him and later hired Watson-Harris. Crew alleged the school board discriminated against him because of his age and his race.

Editor’s note: Dear Atlanta-area media, if you choose to write your own story based on information gleaned from this article, please show us the same courtesy we have always shown you by citing our original reporting in your stories. Thank you.