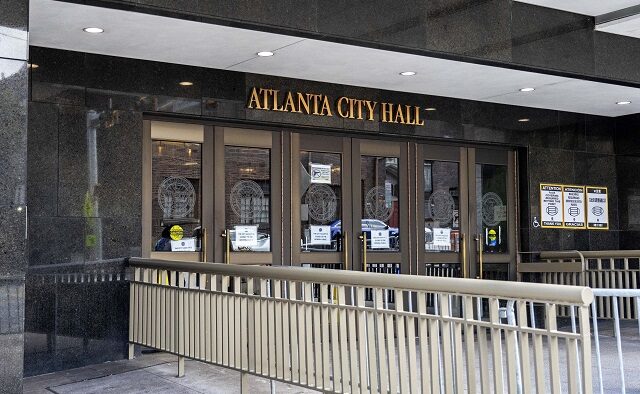 Atlanta, GA — All five candidates in the race to replace Natalyn Archibong on the Atlanta City Council took part in a Decaturish Twitch forum on Sept. 21.

The candidates for the District 5 seat shared their views on the council’s recent vote to build a controversial police and fire training center in DeKalb County, how to address rising crime rates, homelessness, the redesign of MARTA’s bus network, the role of Atlanta’s neighborhood planning units, protecting the city’s tree canopy and the future of the city jail.

Here is the full video of the forum:

Here is our full recap of the forum:

The Atlanta City Council earlier this month approved leasing 85 acres of city-owned land to the Atlanta Police Foundation for the police and fire training facility, otherwise known as “Cop City.” The land was once home to the old Atlanta prison farm.

All five candidates said a training facility is needed, but questioned how the process was conducted and where the facility will be built.

As president of the Kirkwood Neighbors Association, Kissel said she led an effort to pass a resolution against the facility as it was presented. She questioned the large size of the facility, the cost, the location and the lack of transparency in the process.

“We already do not have trust in our government, and this just furthers the case that people don’t trust the Atlanta city government,” she said.

Bakhtiari said the city didn’t engage the residents in the area, many of whom are lower-income families.

“You cannot bulldoze things like this into a community that are going to affect lives for decades to come,” she said.

Mahoney criticized the facility’s location, the transparency of the process and effect on the environment. Bacote said the city’s police and fire departments need more staff, equipment and training.

“But the way this was done and rushed through was a step back for the community,” he said.

Williams said the process made a bad relationship between law enforcement and the community even worse.

“This decision has done more to create damage and more distress for that relationship than anything I’ve seen in recent history,” he said.

Mahoney said the city is asking its police to do too many things and that there should be specific officers to deal with crimes based on the level of violence. She said it’s a management issue that’s affecting officer morale.

“Change the culture into a spirit of competence where people enjoy going to work,” she said.

Bacote said that the court system needs to be fixed because too many offenders are just getting released on bond and put back on the streets to re-offend. He also wants to offer job training and housing assistance to offenders to decrease the desperation that can lead them to commit crimes.

Williams said the relationship between law enforcement and the community needs to be repaired, more officers need to be hired and officers should be provided housing support to encourage them to live in the communities they police. He would also expand the pre-arrest diversion program, offer more mental health and substance abuse resources and zero in on the ones committing the majority of the crime.

Kissel noted how much crime is committed by the city’s youth. She works with the “water boys,” who have been selling water at the city’s freeway exits since at least last year. Kissel said it’s too easy for them to get guns, they don’t have the emotional tools to handle conflict resolution and they don’t trust the police.

“These are good kids, these are kids that I love and they mean the world to me and every single one of them has a gun,” she said.

To address the city’s homelessness issues, Mahoney would increase the resources to deal with mental health and substance abuse. And she said the city should secure more hotels to house the homeless as it did with the former Ramada on Capitol Avenue.

“We have to have different layers that deal with this problem,” she said.

Bacote noted that he is the former chair of the homelessness nonprofit Project Community Connections Inc. He said the city needs to get the funding it owes to housing agencies out so they can do their jobs.

“The city needs to get its act together and remit payments when they’re needed,” he said.

Kissel works with the homelessness nonprofit Mad Housers and has built a home in her backyard to house someone.

“It’s not an answer for the long-term but sometimes you just need a short-term solution,” she said.

She would also increase funding for the city’s housing agencies.

Williams said that about 75% of the city’s homeless population is temporarily homeless, while the remaining 25% are chronically homeless. He said the homeless need more resources so the temporary situations don’t become permanent.

“It starts with the city actually caring, and frankly right now they don’t,” she said.

MARTA is collecting input on its 2040 Bus Network Redesign project. The options include a broad network that guarantees everyone some bus service or a targeted network giving a higher quality of service to a smaller number of routes.

Bacote said that MARTA has long tried to be a regional integrated system but has fallen short. He said that the ridership needs to be engaged in the bus network redesign process.

Williams favors a broad network. He also said it shouldn’t be up to Atlanta’s mayor to appoint members to MARTA’s board of directors. The mayor appoints three members to the board, the governor appoints one and county commissions in Clayton, DeKalb and Fulton appoint the remaining nine members.

“We should not make this something where it’s a political favoritism job where the members of the MARTA board are the ones who have done favors for people that run the city,” he said.

Bakhtiari also said the mayor should not appoint members to the board.

“As it stands now, anyone can just buy their way onto the MARTA board,” she said.

She added that the bus redesign doesn’t have to be an either-or choice between broad and targeted.

Kissel favors a targeted network and said that MARTA users should serve on its board.

Mahoney called for a quicker shift from large, heavy-duty buses to electric ones, saying the technology costs have come down.

“We don’t need giant buses for all things,” she said.

The role of neighborhood planning units

“They have been disempowered over the past two administrations largely to an advisory board that gets ignored,” he said.

“The NPU system is one of the reasons I love Atlanta,” she said.

Bakhtiari said a lack of investment in NPUs has led to a decrease in community trust and accessibility.

“Our greatest resource is our neighborhoods and we’re not giving them a platform,” she said.

Mahoney agreed and favored having a paid staff person on each NPU “to help with the heavy lifting.”

Bacote said the city council should give the NPUs more authority.

“They need to make an earnest effort at listening to really understanding what those NPUs want when it comes to development,” he said.

Kissel said development and tree canopy protection don’t have to be opposing actions.

“I think that these two things should and can work together,” she said. “If we do not build in a dense, concise, planned way, that will continue to sprawl and decrease the tree canopy in Atlanta.”

Bakhtiari said the loopholes in the tree ordinance need to removed, and she criticized the culture of it being “more time- and cost-effective to illegally take down trees then apologize later.”

Mahoney said climate change is putting more stress on the city’s trees and that more regulations need to be in place.

“We need to put firm limitations on developers so that they cannot cut down big trees,” she said.

Bacote said there needs to be more funding and more engagement with city residents about the tree canopy.

Williams said the penalties for violating the tree ordinance need to be more severe and recommended stronger city partnerships with Trees Atlanta and the parks.

What should the city do with its jail?

Mayor Keisha Lance Bottoms favors closing the Atlanta City Detention Center and turning it into a wellness center. But Fulton County Sheriff Pat Labat wants to buy it from the city to help with overcrowding at the Fulton jail.

Bakhtiari favors closing ACDC and turning it into a wellness center to create more pathways to success, jobs and wealth building.

“Creating diversified tactics to approaching people in our jail system that should not be there … will benefit and solve a lot of issues we have around crime and recidivism,” she said.

Mahoney also favored turning it into a wellness center with wraparound services.

“Often the reason that people are there is underlying systemic issues and that’s what we need to focus our time and money on,” she said.

Bacote also wants it turned into a wellness center but is concerned about conditions at the Fulton jail. He floated the idea of temporarily housing Fulton inmates at ACDC.

“But let’s make sure that that asset is repurposed,” he said.

Williams doesn’t want to completely close ACDC, but said it can be reimagined with more of a focus on rehabilitation.

“We can use the jail as a starting point of getting people into better care,” he said.

Kissel favors closing it and turning it into a wellness center and added that ACDC and the issues at the Fulton jail are separate matters.

“The fact that Fulton County’s conditions are deplorable has nothing to do with ACDC,” she said.

All Decaturish elections coverage can be found at Decaturishvotes.com

The election will be Nov. 2. Early voting will begin on Oct. 12 and will end on Oct. 29. The voter registration deadline for the upcoming city elections is Oct. 4. To register to vote, click here.

Applications can be mailed to the county elections office and voter’s should use this address: DeKalb County Election office, 4380 Memorial Drive, Decatur, GA 30032-1239.

If an absentee ballot is not mailed to you, contact your county’s elections office. You may still vote in person, either early or on Election Day.

An absentee ballot application must be received 11 days prior to the election, which is Oct. 22.

In accordance with SB202, a new voting bill signed by Governor Brian Kemp in March, a voter ID is required to apply for an absentee ballot. A Georgia driver’s license, Georgia voter card, U.S. military ID, employee ID issued by any branch of the federal or state government, U.S. Passport, tribal ID, or a document verifying a voter’s name and address – including a paycheck, utility bill, or bank statement – are accepted forms of ID.