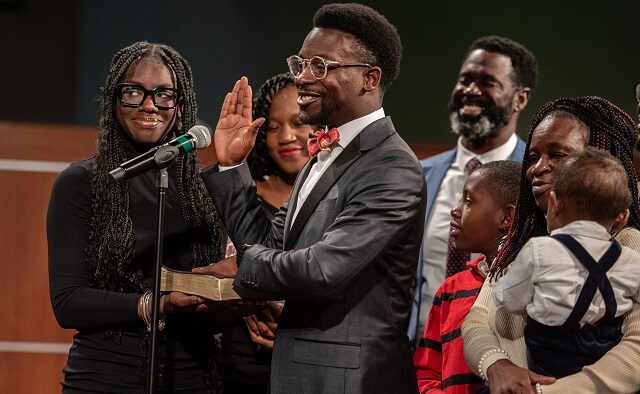 Diijon DaCosta, Sr. takes the oath off office for another term on the DeKalb County Board of Education while his daughter Chastity holds the Bible during a ceremony at the Robert R. Freeman Administrative & Instructional Complex in Stone Mountain on Friday Jan. 6, 2023. Photo by Dean Hesse.
Share

DeKalb County, GA — There’s new leadership on the DeKalb County School Board, and the board is expected to approve millions in new incentives to keep qualified staffers from leaving the district.

DaCosta, who previously served as vice chair for two terms, takes over the chair role from Vickie Turner, who served two terms in that job. Board member Deirdre Pierce was unanimously elected as vice chair. DaCosta was not elected unanimously, however. 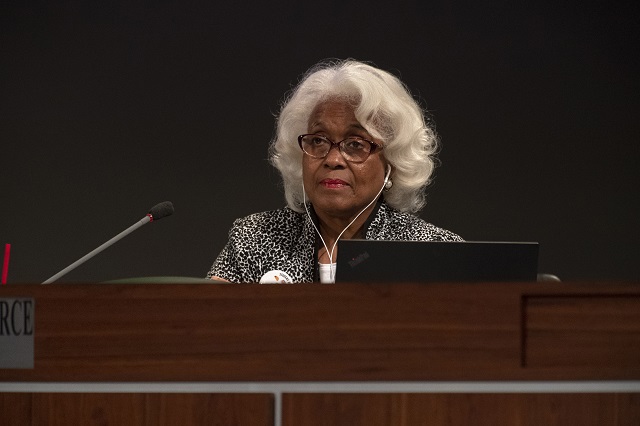 Board members Allyson Gevertz and Anna Hill voted “no,” and Whitney McGinniss, who is new to the board, abstained. Gevertz nominated Pierce to serve as chair, but Pierce declined the nomination. Following the election of officers, Dr. Joyce Morley delivered a lengthy statement outlining her thoughts about how board leaders should act.

DaCosta, who will now preside over board meetings, thanked his colleagues for their support.

“We do have one vision and that is our scholars, and we all play a great [role] in this,” DaCosta said.

Pierce pledged to be DaCosta’s “right hand” and to support him “every step of the way.”

As vice chair, DaCosta and then-chair Turner presided over a tumultuous time for the district that saw contentious debate about making repairs to Druid Hills High School, the controversial firing of former superintendent Cheryl Watson-Harris and the hiring of interim Superintendent Dr. Vasanne Tinsley. Following those votes, local politicians rescinded their endorsements of DaCosta for his reelection bid last year. DaCosta ultimately won that race after a runoff election.

During the board’s Jan. 9 work session, Human Resources Administrator Tekshia Ward-Smith presented a large, multi-million dollar incentives plan to aid with staff retention, for which she received applause and praise from the board, along with a few questions. The specifics of the plan were not attached to the agenda, but Decaturish has requested a copy. In total, the school board plans to give up to $41.5 million in bonuses to staff, with an emphasis on the district’s lowest performing schools and regions with more staff turnover.

The board approved the plan at its business meeting on Jan. 9 following the work session. 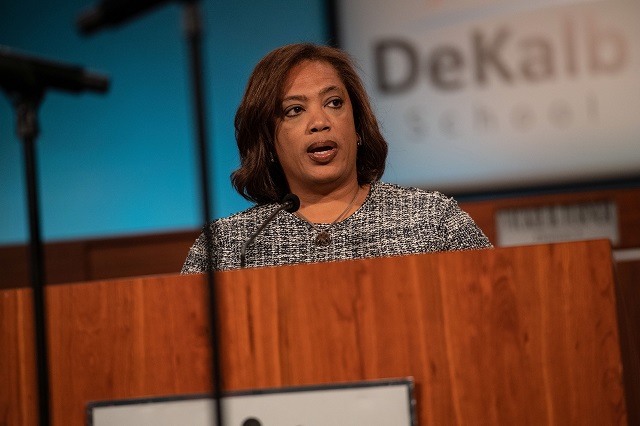 According to the outline of the incentives program:

— DeKalb County Schools will provide a retention incentive for all full time-employees, but with an emphasis on teachers in regions 5-7 in south DeKalb, teachers in lower-performing schools, math and science teachers and “select special education positions, bus drivers and [school resource officers].”

Some school board members were blown away by Ward-Smith’s plan.

“It is indeed a radical thing, but it’s so needed,” Board Member Vickie Turner said. “It speaks volumes. I can’t sing your praises enough. This is just a great day in DeKalb. It’s a nice day in the neighborhood.”

Pierce, the newly elected vice chair, said the plan is “music to my ears.”

“I’ve been singing your praises,” Morley said. “This is music to my ears. It’s one of the most radical approaches to being able to show employees they matter and that they’re valued.”

McGinniss also had praise for the plan but urged the district to consider messaging around the Meritorious Attendance Recognition Program bonus that rewards staffers who are absent two days or less.

“We don’t want to send the message we want people going to school when they aren’t feeling well,” McGinniss said. 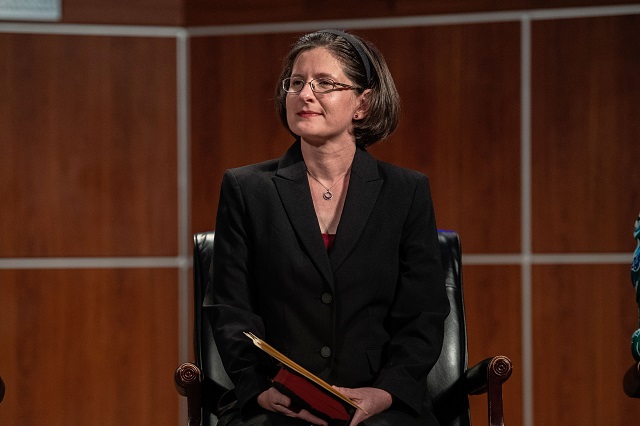 Whitney McGinniss waits to be sworn in for her first term as a member of the DeKalb County Board of Education during a ceremony at the Robert R. Freeman Administrative & Instructional Complex in Stone Mountain on Friday Jan. 6, 2023. Photo by Dean Hesse.

Board Member Hill called the plan “exciting” but had questions about the emphasis on certain districts over others.  Ward-Smith said districts 5-7 are where the district struggles to retain teaching talent.

Interim Superintendent Tinsley said the incentives plan can’t address every area of concern for the district, but it will directly address some concerns.

“We have an issue in some areas of our school district. It’s not something we’re proud of, but it’s real,” Dr. Tinsley said. “….This should be a tool to help us increase the performance of schools across the district. What we realize in looking at our numbers is we have a bleed in certain areas of the district.”

Tinsley said she would love to give every staff member in the district the same amount of money for a retention bonus, but said the district’s budget can’t support that.

During the school board meeting, board members approved the following items:

— The board approved a budget adjustment to cover additional costs for custodial equipment in an amount not to exceed $2.9 million, bringing the total contract amount to $3.4 million.

— The board approved a budget adjustment to its contract with StandGuard Aquatics, Inc. that will cover additional costs for swimming pool maintenance. The increase is not to exceed $125,000, bringing the total contract cost to $375,000 for the first year of service.

— The board approved the renewal of a contract with Capital City Electrical Services, D & R Construction and Contracting, Donald Camp, Inc., Mr. Dee’s Electric Service LLC, and MWI Electrical Contractors, Inc. The renewal, for electrical contractor services, is worth $1.5 million.

— The board approved the one-year renewal of a tree-cutting and trimming services contract to Casey Tree Experts and Total Outdoor, LLC. The contract is worth $1 million.

— The board approved a contract renewal for the lease and purchase of digital equipment for the school district’s copy center. The contract is with Konica Minolta Business Solutions U.S.A. and the contract is worth $103,687. The contract covers “all maintenance and supplies, excluding paper.”

— The board approved a $7 million contract for bus AC retrofitting services. The contract was awarded to Yancey Bros Inc. and the company will retrofit approximately 420 school buses with an air conditioner system.

— The board approved the purchase of diesel and gasoline fuel from James River Solutions, LLC as its primary supplier, Petroleum Traders Corporation as the secondary supplier, and Colonial Oil Industries, Inc. as the tertiary, supplier through the North Georgia Fuel Cooperative. The contract is worth $8.1 million