Ed Rieker, who resigned as Avondale Estates mayor on Oct. 2, will continue to be a major player in the city’s redevelopment plans because of his purchase of an acre of the city’s downtown in June 2013.

He acquired the property behind the Tudor Village from a creditor in a bankruptcy case. The bankruptcy was the result of a failed development known as Century AG/Avondale that held up progress in the city for years. Six months after the former mayor made his purchase, the city of Avondale Estates bought four more acres from a different creditor in the bankruptcy case.

Rieker recently answered several questions from Decaturish about his purchase. He says it was transparent and didn’t violate the city’s ethics rules.

But behind the scenes two commissioners were asking questions about it. There were concerns that the purchases created a conflict of interest for Rieker.

We uncovered a few other things in the course of our investigation, which began in May:

– One of the buildings Rieker purchased in 2013 was one he had tried to buy from the city’s Downtown Development Authority before he ran for his first term as mayor in 2007.

– Rieker participated in closed-door executive sessions related to the city’s purchase of the four acres that were a part of the same failed development as the property Rieker bought. Rieker said he did not use or benefit from confidential information gleaned in these sessions in the negotiations for his property.

On June 28, 2013, Rieker sent an email to residents about his purchase.  He said it was “an additional investment” in Avondale Estates.

“Several of the buildings are in really rough shape and have not had any maintenance or infrastructure improvements since before 2007,” the email said. “Despite the condition of the buildings, I am a big believer in the potential of our City and I have been investing and building businesses in Avondale Estates for many years now. I am really excited about bringing these buildings back into usable condition and creating a new asset for the community.” 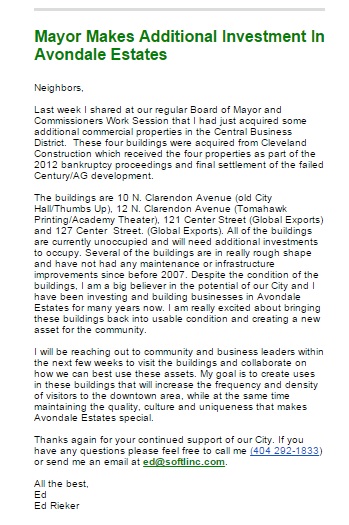 He soon began leasing his properties, and each new tenant was announced by the city of Avondale via email. While the leases brought business into the city, they also created more potential conflicts for the Rieker.

Commissioner John Quinn investigated the deal after residents came to him with concerns that Rieker’s purchase was a conflict of interest.

Commissioner Randy Beebe, who was elected after Rieker bought the property, said he started “keeping an eye out” for when the former mayor should recuse himself from voting on matters where he may have a financial interest.

As the economy began to heat up this year, the city commission began considering more items related to its downtown. For instance, commissioners changed city code to allow one of Rieker’s tenants to operate a whiskey distillery. During the Jan. 27 meeting, Rieker left the dais to go sit in the audience to watch as commissioners voted to approve the code changes.

Mayor Pro Tem Terry Giager said he had no concerns about Rieker’s purchase.

“No, not at all,” Giager said. “That was the catalyst for the growth and development of downtown. That’s what got everything started. When the leader of our city spends his own money to invest in our downtown development, I think we all were applauding him.”

Decaturish asked Giager, who will become mayor once the commission accepts Rieker’s resignation, if he would buy property while serving as an elected official.

“If I had the money he put into it, yeah probably,” Giager said. “As long as I didn’t feel bad ethically.”

The building at 12 North Clarendon was once owned by the city’s Downtown Development Authority. 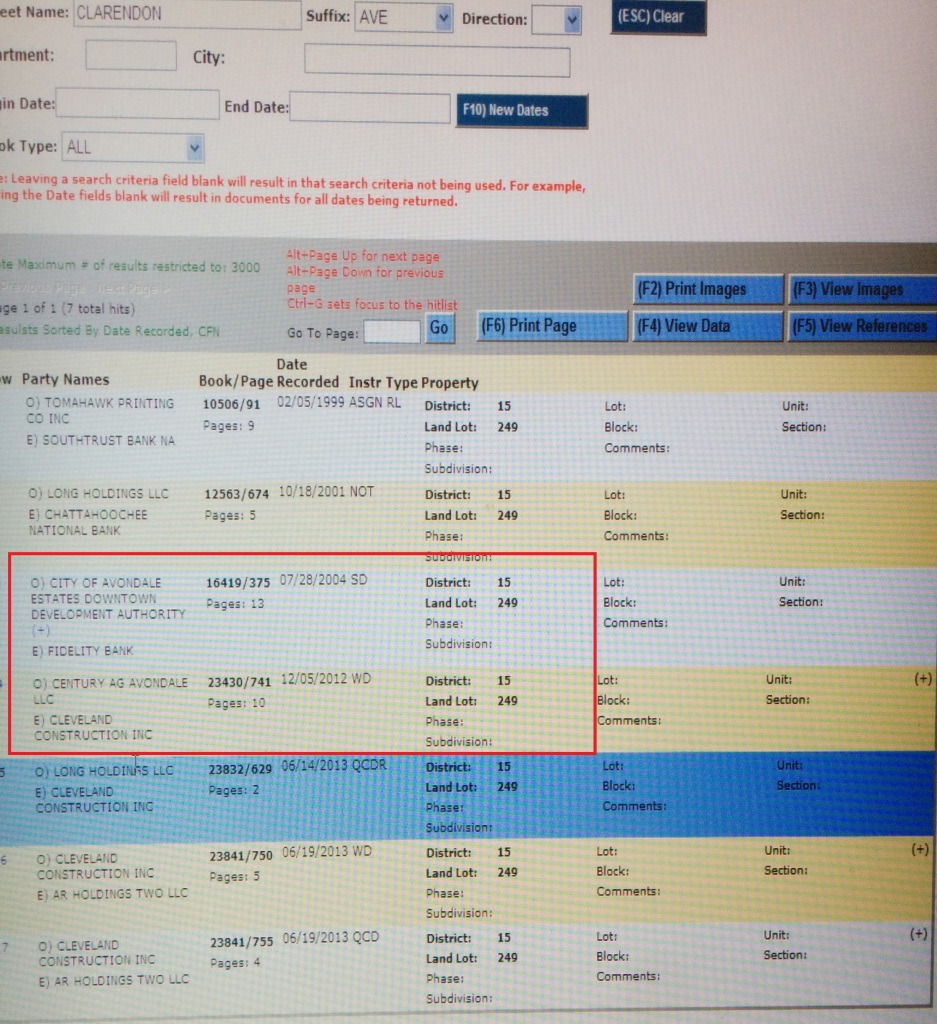 This is a screen shot of a DeKalb County database showing thie history of ownership of 12 North Clarendon Avenue. We have framed the relevant information with a red box. 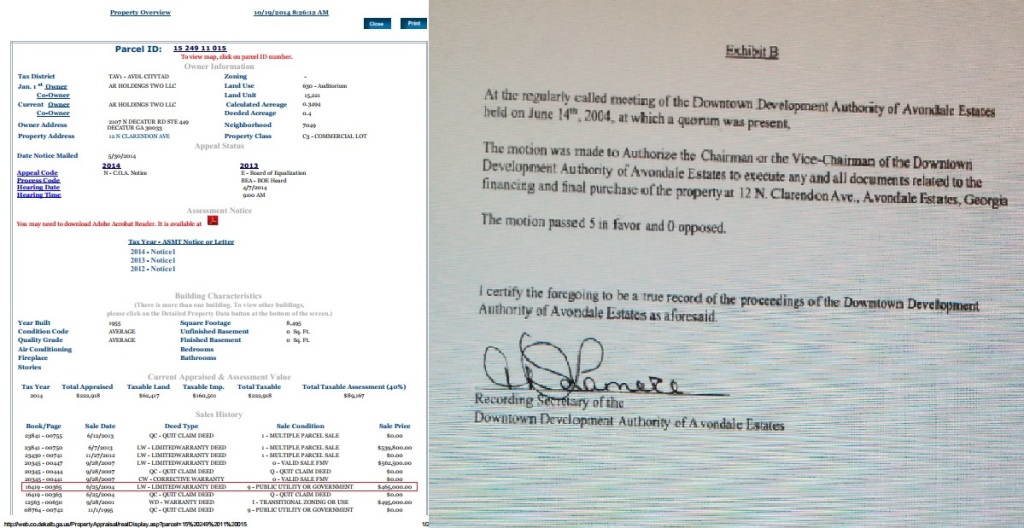 We have cross referenced two documents here. The one to the left is the county tax record on 12 North Clarendon. It shows a sale in 2004 with the condition of “public utility or government.” The document to the right is attached to property records for 12 North Clarendon. It shows the date the City’s Downtown Development Authority Authorized the purchase and sale of the property. Click this image to enlarge.

Warren Hutmacher was the city manager at the time and said that 12 North Clarendon was important to the city’s downtown redevelopment plans, which included extending and realigning Franklin Street so it connects directly with North Clarendon.

“At the time, it was an important piece of the puzzle,” Hutmacher said.

City manager Clai Brown said the city no longer plans to extend Franklin, saying it was tied to the Century AG deal. 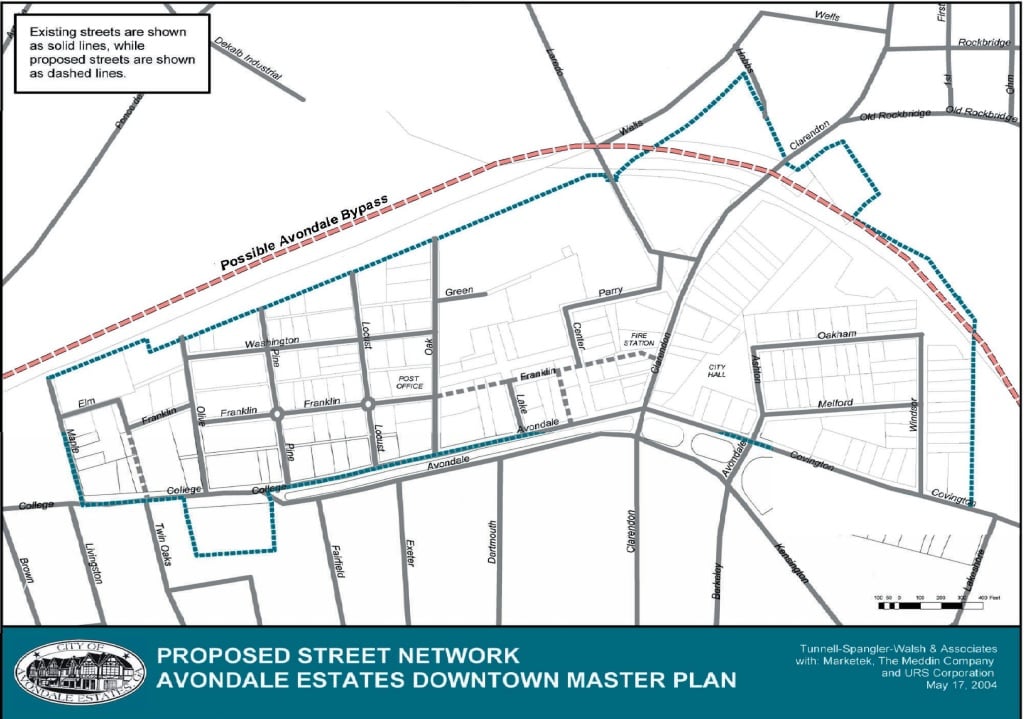 This is a slide from the city of Avondale Estates’ 2004 Master Plan. It shows the proposed extension of Franklin Street.

The DDA then sold the building. Hutmacher said the DDA entertained proposals from two interested buyers: one from AG Armstrong, the company that later became Century, and Rieker, before he was elected as mayor in 2007.

Rieker proposed turning the parcel into a business incubator.

“The development authority selected to work with Armstrong, because it was part of a larger plan and Ed’s proposal was to turn the building into an incubator,” Hutmacher said.

Rieker said he wasn’t sure why the DDA rejected his proposal.

“The Downtown Development Authority … wasn’t obligated to give me a reason for not choosing my proposal nor do I recall them providing one,” Rieker said.

He successfully ran for mayor in 2007, unseating incumbent Jerry McCumber.

During the first few years of Rieker’s first term, the economy collapsed, taking AG’s mixed-use development down with it. The developer filed for bankruptcy in 2010.

In 2012, the bankruptcy ended and the property was distributed to Century’s creditors, providing opportunities for the city and its reelected, entrepreneurial mayor.

In September 2012, Century bankruptcy case was resolved. As part of the settlement, some of the property went to creditor Flagstar Bank, which sold four acres to the city of Avondale Estates for $1 million. Cleveland Construction, another creditor, received four parcels that Rieker purchased.

The records show that Rieker participated in each one. Here are the affidavits he signed for each closed meeting. 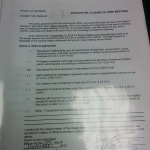 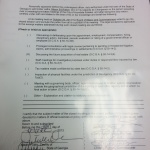 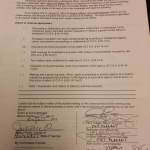 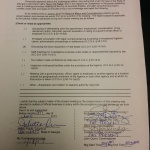 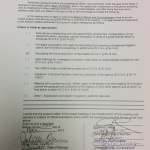 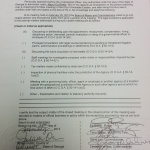 He sent an email to other commissioners on Sept. 20, 2013, letting them know that the real estate purchase agreement would be on an upcoming meeting agenda. The email contains a number of details about the Flagstar property.

“Thanks again for your hard work and efforts on this project,” Rieker wrote at the end of the email. “Please let me know if you have any questions or if I can help in any way.” 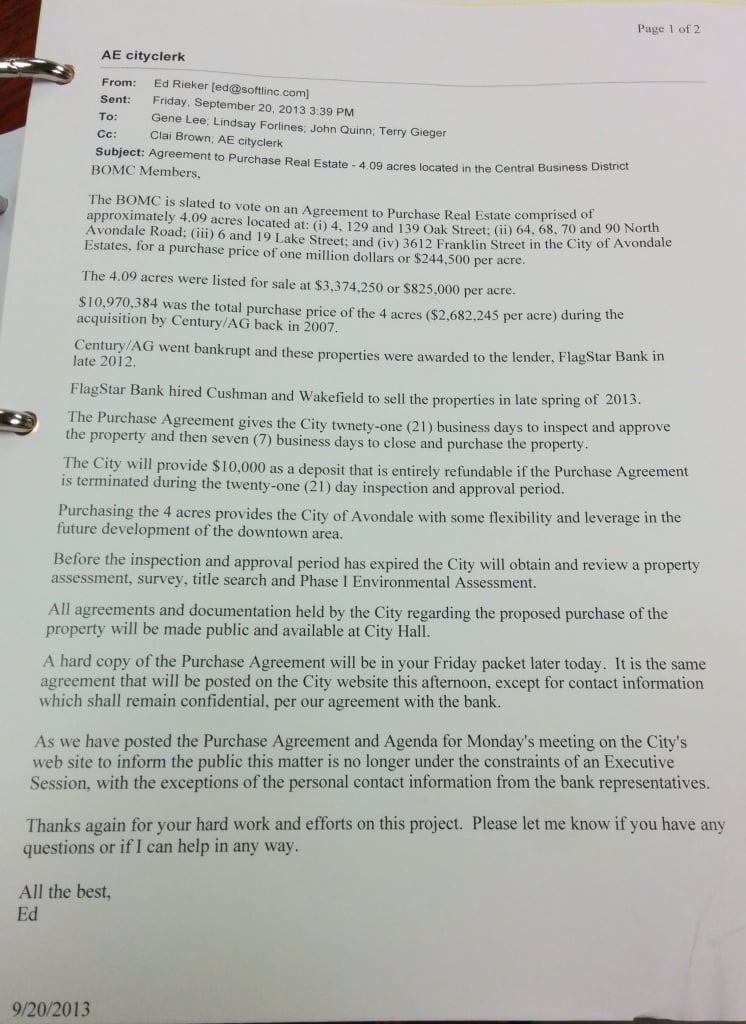 This is Rieker’s letter to commissioners dated Sept. 20, 2013

City attorneys said four of the executive sessions – held in February, April, June and August of 2013 – were to discuss the purchase of the four acres from Flagstar and the potential purchase of the old Avondale High School. The attorneys declined to clarify which purchases were discussed in which sessions, and declined to release minutes from the executive session, saying the city isn’t legally required to.

The June 5, 2013 executive session occurred just days before Rieker closed on the property he purchased from Cleveland Construction. Records filed with the Secretary of State showed that Rieker formed AR Holdings Two, the company he used to buy the Cleveland Parcels, in May of 2013. He closed on the properties on June 12, 2013. Decaturish could not find a property listing for the parcels that Cleveland sold to Rieker. Attempts to reach Cleveland officials for comment have so far been unsuccessful. 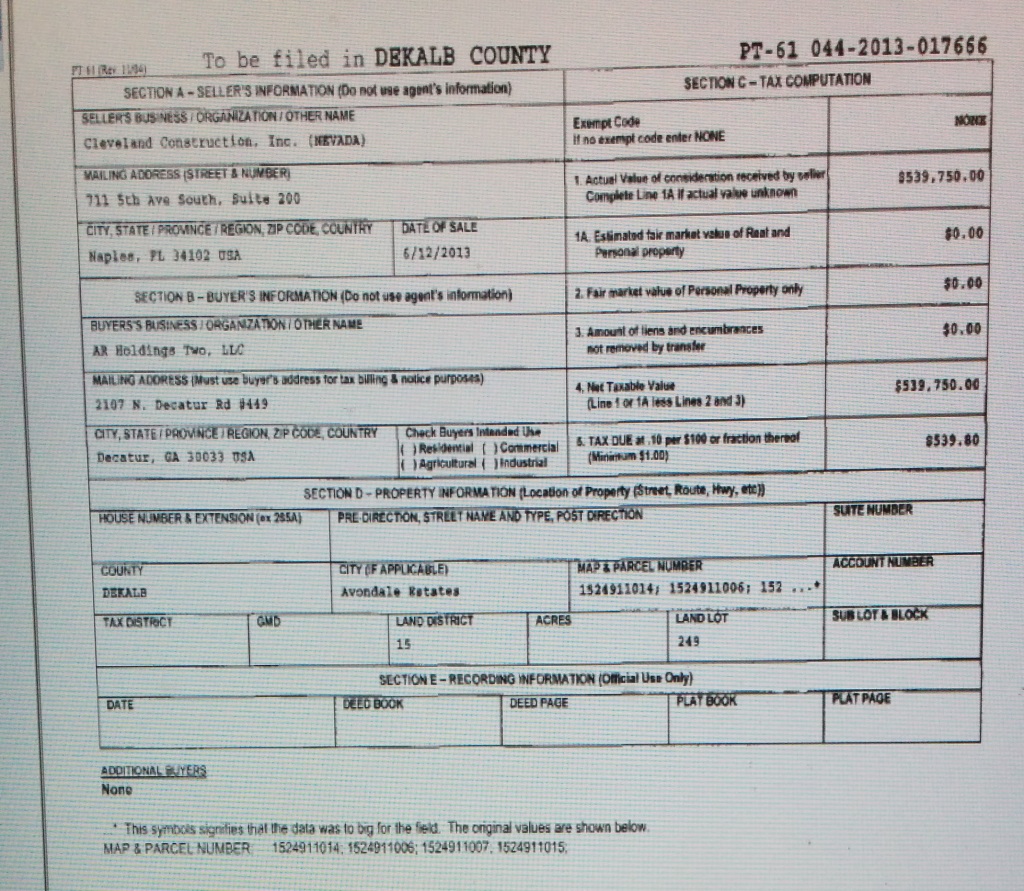 This PT-61 filing shows the date that Ed Rieker purchased property from Cleveland Construction, as well as the purchase price. 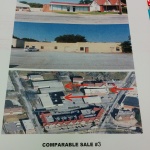 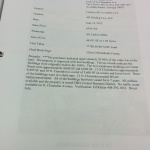 Rieker said he learned about the availability of the properties at the end of April 2013. He said he called Cleveland’s home office and learned that the properties were for sale. The company told him there were two other bidders, Rieker said.

He said he didn’t have any inside knowledge about the availability of these properties.

“Cleveland Construction was one of several parties (creditors) to the very public and ongoing bankruptcy proceedings of Century/AG Avondale, LLC since it was announced several years earlier and finally resolved towards the end of 2012,” he said. “The resolution of the bankruptcy and the distribution of the remaining assets to creditors was public information available to all. At no time during this transaction was any confidential city information used, or disclosed that would have advanced or affected the financial outcome of this transaction.”

The public information Rieker’s referring to is contained in bankruptcy records. But people attending Avondale Estates meetings in late 2012 and early 2013 would’ve known about the settlement of the bankruptcy. Records show that Rieker mentioned it on more than one occasion.

According to the transcript of that speech, Rieker said, “As you may know, we have been stalled in our efforts for downtown redevelopment during the last four years by the bankruptcy of the developer who owned a large portion of our central business district. Last September the bankruptcy case was settled and Flagstar Bank and Cleveland Construction became the new owners of the property. Flagstar is now marketing the properties to developers.”

The announcement on Oct. 2 that Rieker would resign as mayor to take a university teaching job next semester took many by surprise. Rieker had weathered a tense meeting about annexation on Oct. 1. He’d apologized for how he’d handled the annexation issue and gave no hint that he might be ready to move on.

Commissioners will consider voting to accept his resignation letter on Monday, but it’s more of a formality. Rieker has made clear that he has no intention of coming back.

While Rieker and the Mayor Pro Tem didn’t see any problem with Rieker’s purchase, other residents weren’t so sure.

Hoyt Young said he’s “not a fan” of Rieker and his purchase of property didn’t improve Young’s opinion.

“It certainly seemed conflicting,” Young said. “I don’t know who else might’ve been bidding on it, but it seems like it would be a conflict of interest while he was affecting so much of the city’s actions.”

He said it would’ve been more appropriate for Rieker to resign after he’d purchased the property to avoid any appearance of a conflict.

“I’m not a big conspiracy theorist, but just seems a little fishy to me,” Goodson said. “ … It seems like things were falling into place in a pretty remarkable manner. If he wanted to be involved in the redevelopment as a private investor, that’s perfectly fine, but I think as the mayor he should’ve made a better choice.”

Not everyone sees it that way. After his resignation, some of Rieker’s supporters started a campaign to convince commissioners to vote against accepting his resignation letter. Some of these letters cited the city’s progress as a reason to keep Rieker around.

“We are ‘new’ here with less than two years as residents, but have been neighbors since 2007, and know he is amazing and has propelled this city forward like no one else has or could,” the email says. “We can’t afford this now!”